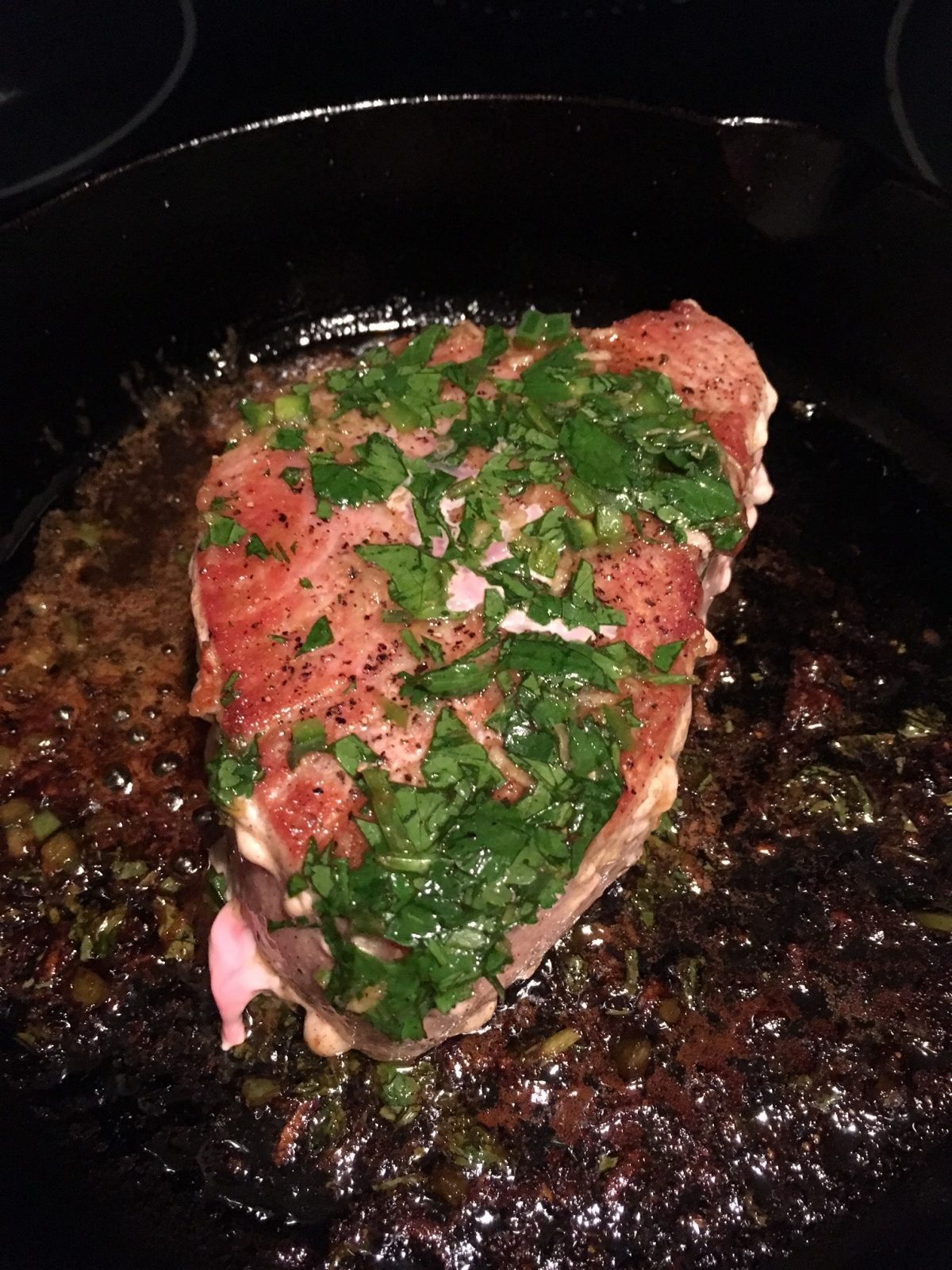 We have spent some time in Texas in the winter.  Y’all!  Love it!  We like the area on the Gulf of Mexico so we have access to fresh fish and seafood. When we travel for longer visits I bring a few of my favourite kitchen items. I just happened to have a well seasoned cast iron pan which is perfect for Seared Tuna with Cilantro Lime Glaze because you need to sear the tuna on a high temperature without the tuna sticking to the pan.

I bought a beautiful fresh piece of tuna and patted it dry, then seasoned it with salt and pepper. 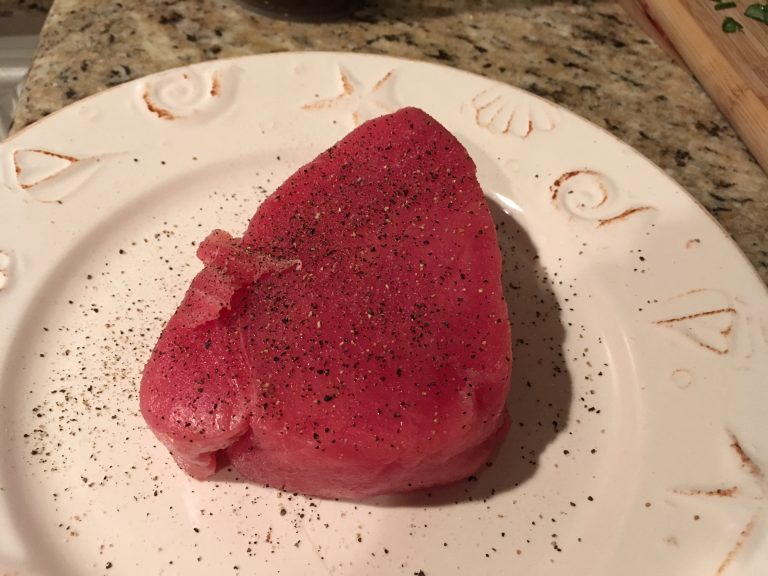 Then I made up a glaze. I mixed olive oil, the juice of 1 lime, honey, soy sauce, a big handful of chopped cilantro, a clove of garlic, ginger and 1 jalapeno pepper.  Remember to taste the pepper and judge how much you need by how hot it is and your heat tolerance! And don’t touch your eye! You can add salt and pepper to taste, but the tuna is already seasoned so you don’t need much.

How do you sear a tuna steak?

Heat the cast iron pan to medium-high and drizzle a bit of extra virgin olive oil.  When the pan is hot, sear the tuna for only about 1 minute, then turn and sear the other side. 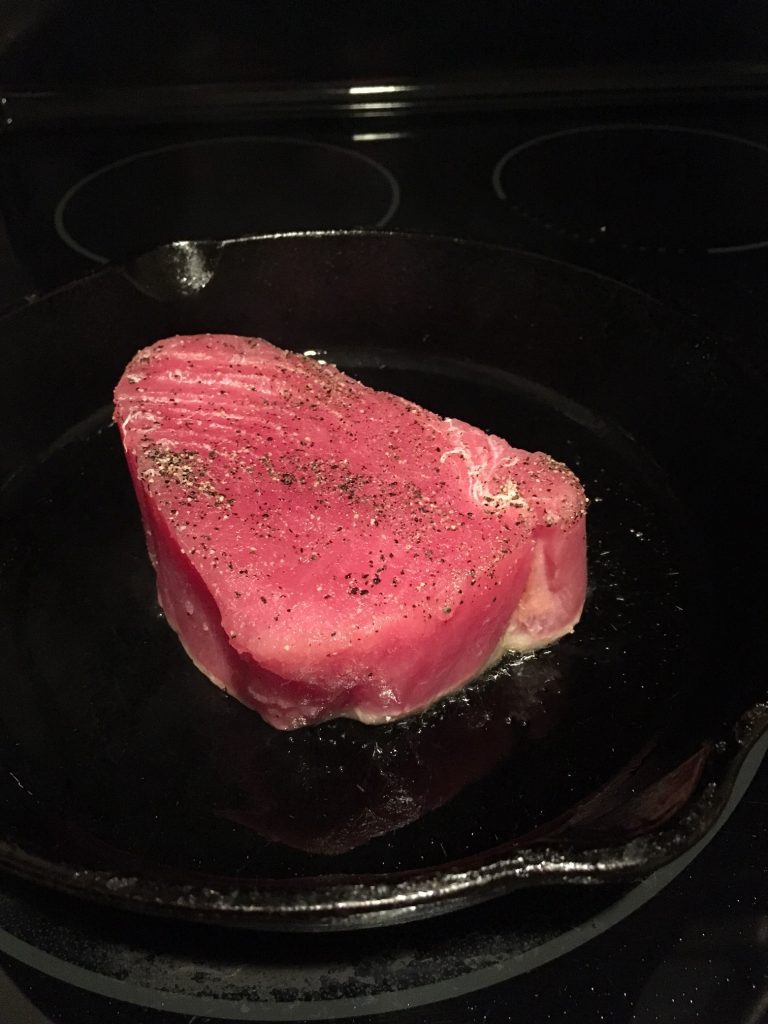 Nice crust huh?  That’s why it’s important to pat it dry! And make sure the pan is hot when you add the tuna or you won’t get that outer crust with a rare centre. 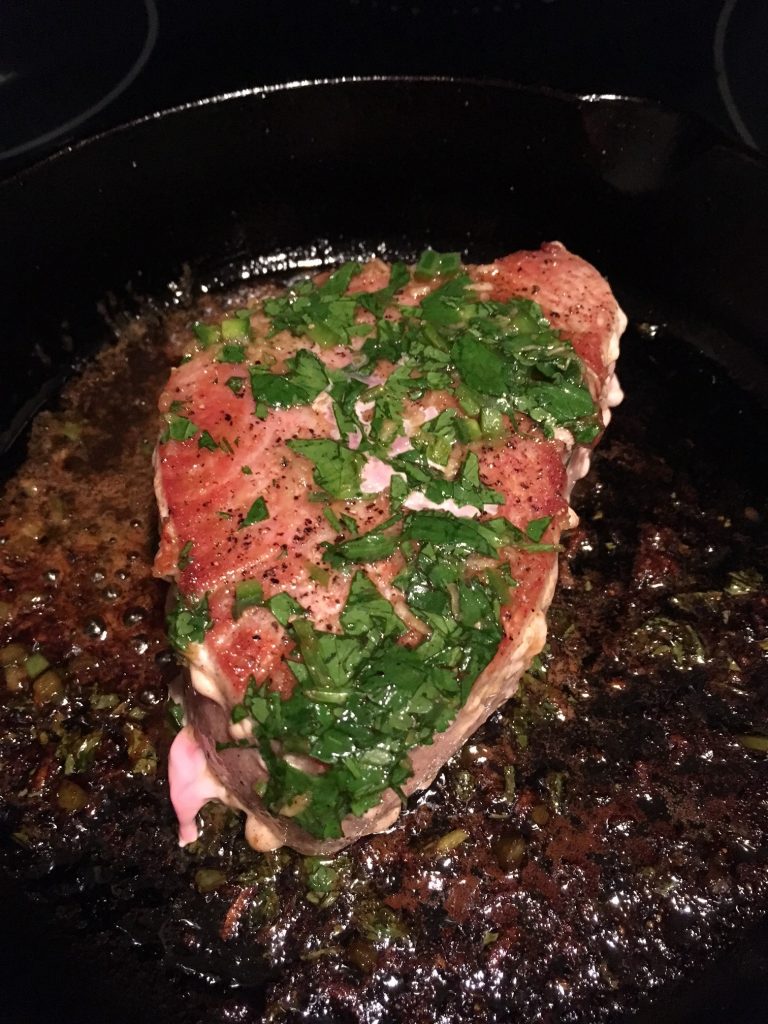 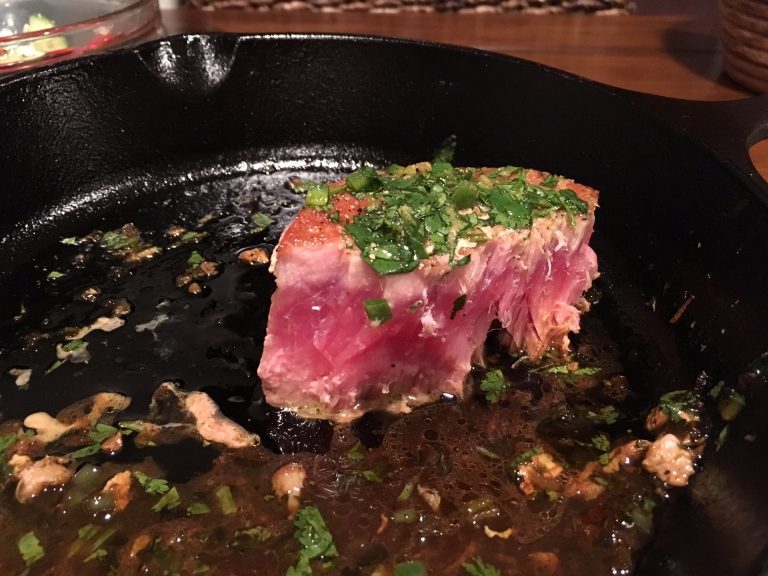 If you aren’t comfortable with rare tuna, you can cook it longer.  But trust me, this way is best!

If you love rare tuna, Salad Nicoise will be right up your alley!

See above, we ate it right out of the pan!  We didn’t even wait to put it on a plate! 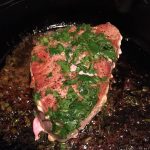