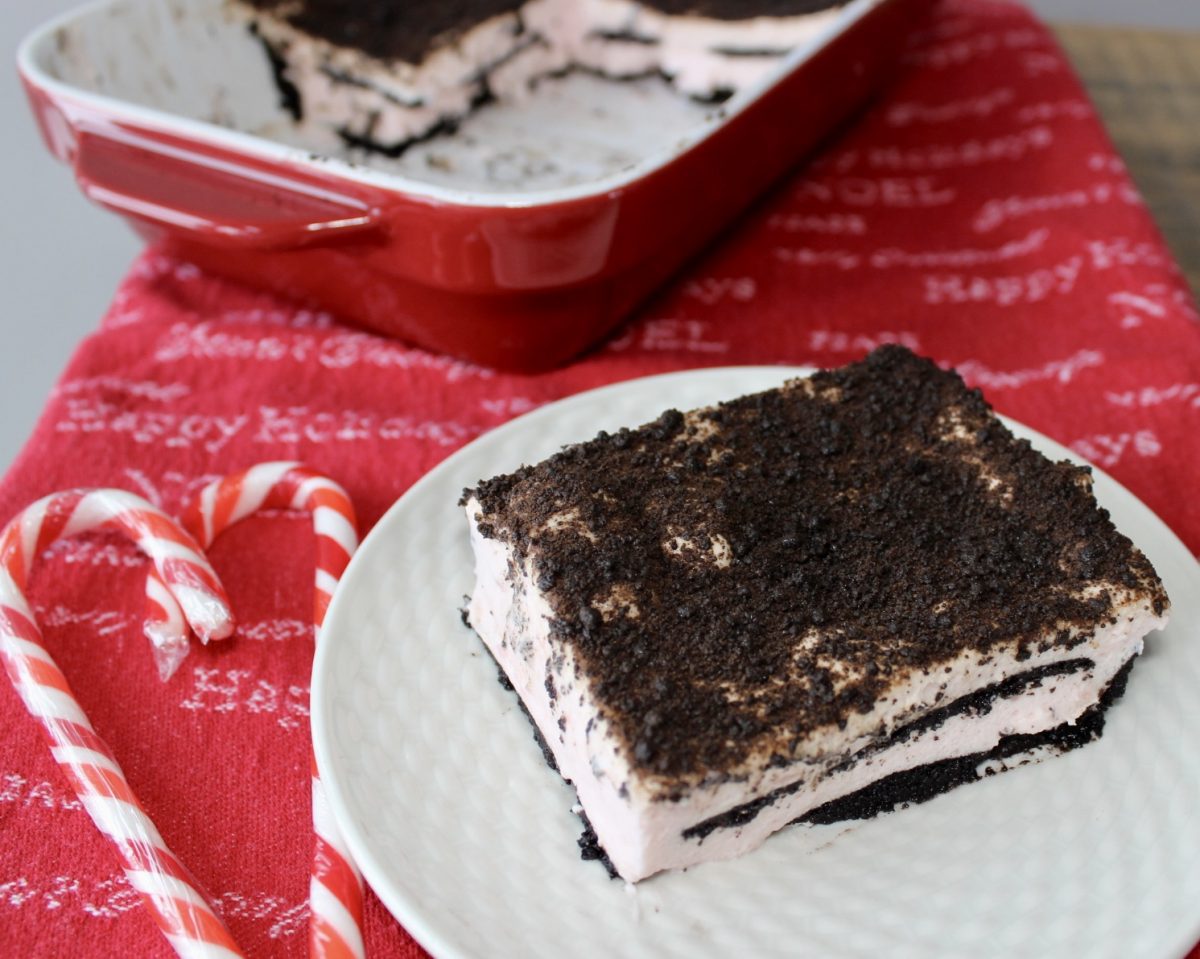 This minty creamy chilled retro dessert is a great way to repurpose candy canes. And if the stress of Christmas shopping is getting to you, you’ll be able to work out some of your frustration by crushing the candy into tiny bits with a rolling pin or heavy frying pan! There’s even a reduced sugar option that will help you feel less guilt if you’ve been overindulging, so go ahead and make Peppermint Wafer Dessert.

The original recipe for Peppermint Wafer Dessert is from the Better Homes and Gardens Cookbook that my mom has. My own copy doesn’t have this recipe, so for some reason it didn’t make the cut as new editions were published. Which is a shocker because it’s SO good! I’ve modified the recipe to take into account the current measurements of prepackaged Gelatine and the correct size of cartons of whipping cream. 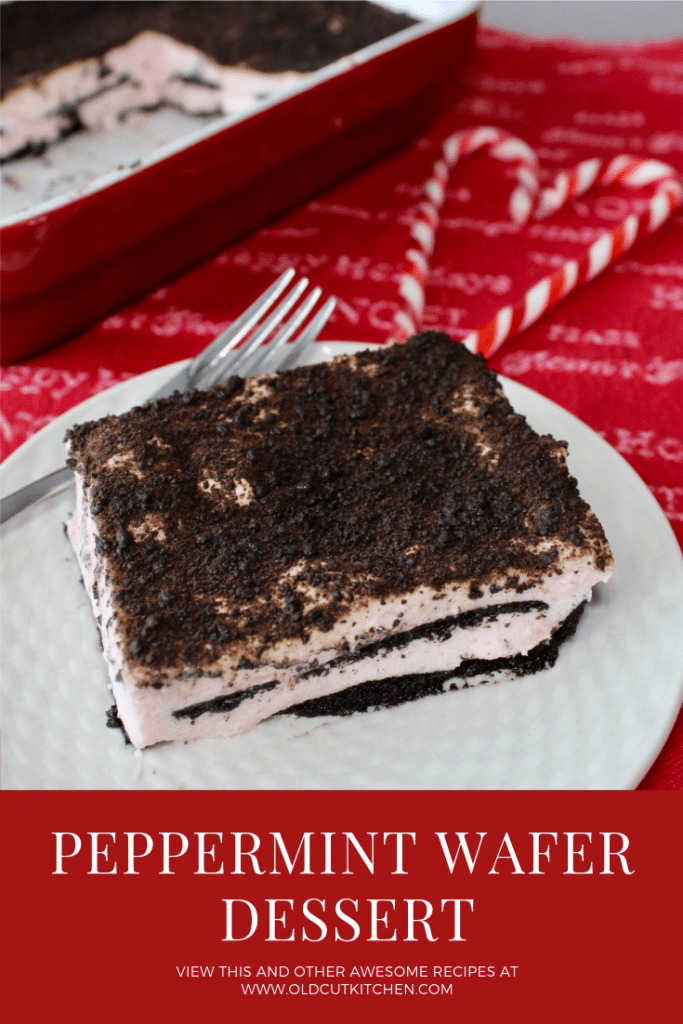 Update: I was asked if this dessert freezes well and I wasn’t sure. Thanks to Mary for giving it a test run. It works! AND, she came up with the idea to make individual servings in small canning jars. Brilliant!

You need to use red and white candy canes, not the kind with green and red stripes, otherwise your dessert will be a funky colour. And make sure the candy canes are MINT and not other flavours. For the reduced sugar option, instead of using candy canes, substitute Russell Stover No Sugar Added Starlight Mints which are conveniently packaged in 150 gram sizes so they’re the perfect amount for this recipe.

How to crush hard candy

The best way to crush the candy is to have it inside a freezer bag or other heavier plastic storage bag, sealed with the air pressed out. Otherwise it could pop and your candy bits will fly all over the place. Bang the candy with a rolling pin or the back of a heavy frying pan until you are left with pretty small pieces. You need about a cup of crushed candy, give or take. If your pieces are really small and you have less than a cup, that’s ok.

Add the candy to the milk, along with a pinch of salt and slowly heat the mixture until all the candy is melted. Don’t try to rush it, you’ll curdle the milk if you heat it too quickly. 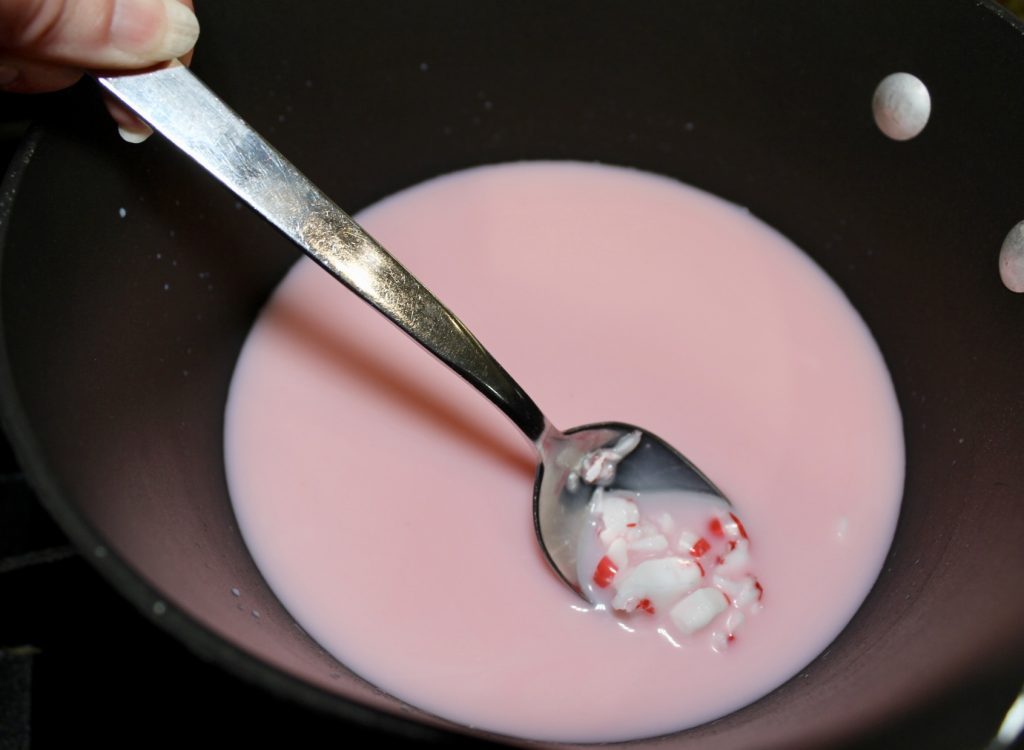 Once all the candy is melted, add one package of Gelatine to a bit of cold water and let it expand. Then add it to the warm candy mixture and stir until it’s dissolved. Gelatine is sold in a package with 4 envelopes. You need only one for this recipe but it’s so good you’ll want to make it again and again.

The mixture will start to gel as it cools. You just want it to be partially set before folding in the whipped cream. Refrigerate it for about half an hour, check to see if it’s starting to thicken, then whip the cream until it’s pretty stiff. Don’t over whip it or you’ll have butter. 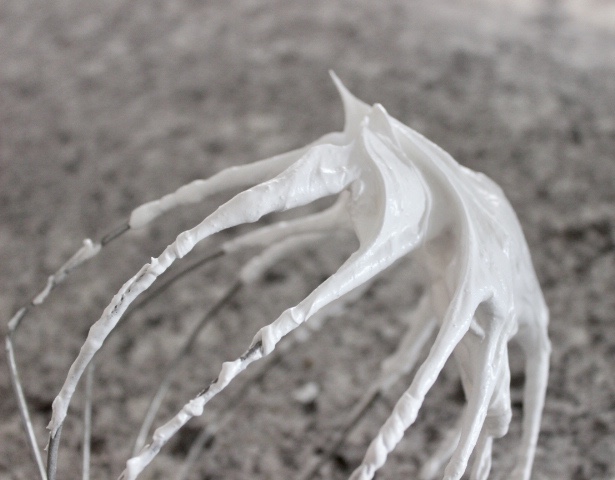 While you’re waiting for the mixture to cool, lay chocolate wafers in the bottom of a baking dish. A nine inch square or similar volume dish is the best size. Break some of the wafers in half to stand up around the edges and use broken pieces to fill in any gaps. Make sure to save some to crush for the top. 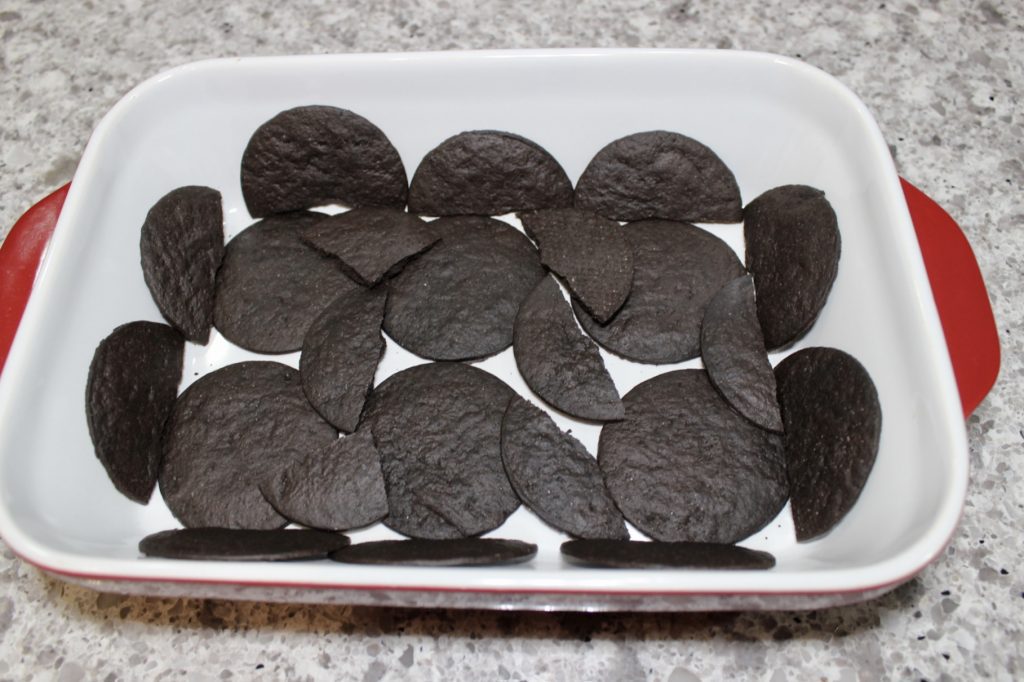 Once the candy mixture is cool and slightly set, fold it into the whipped cream and mix until it’s well incorporated. Folding is like a gentle way of stirring so you don’t deflate the whipped cream. 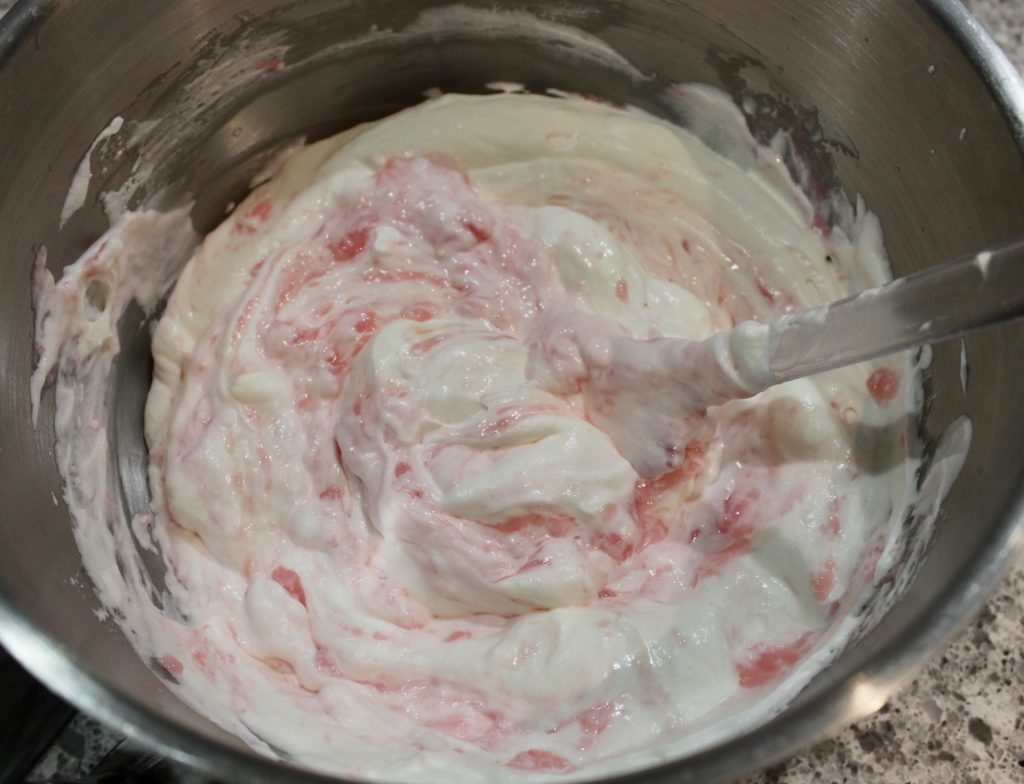 Pour half of it into the dish with the wafers arranged and spread to the edges. 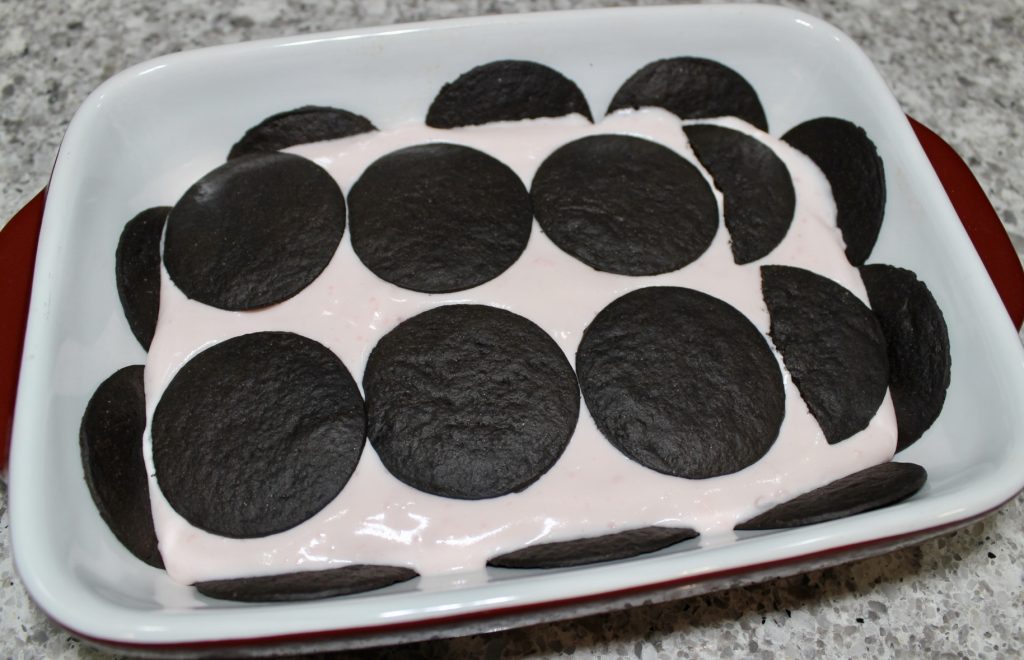 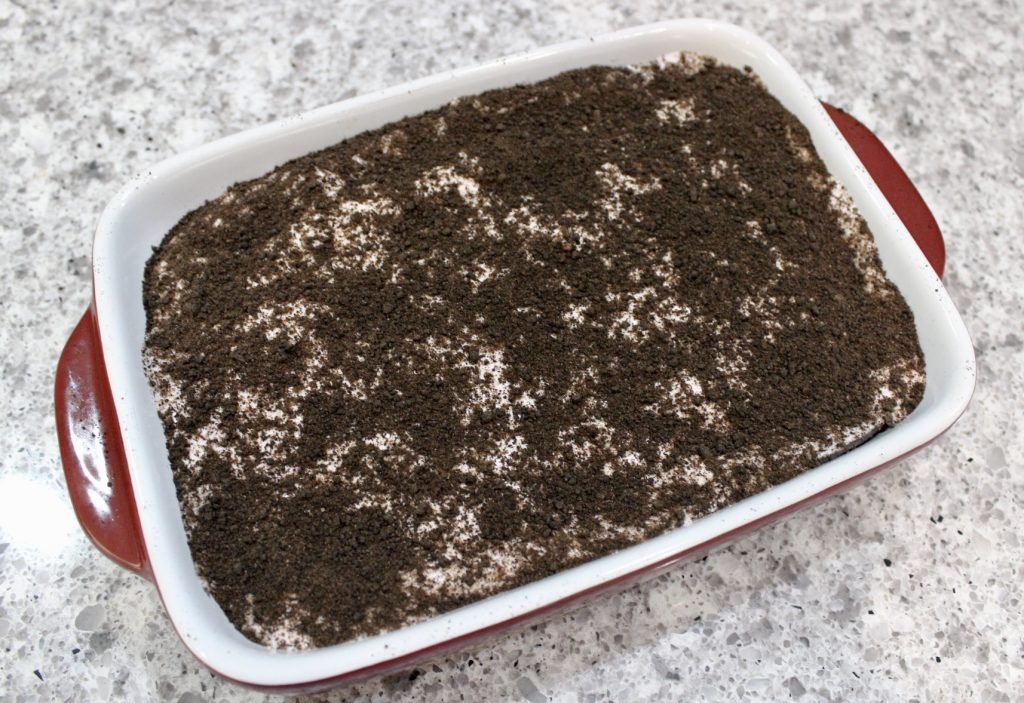 Chill until set, at least several hours or better yet, over night. 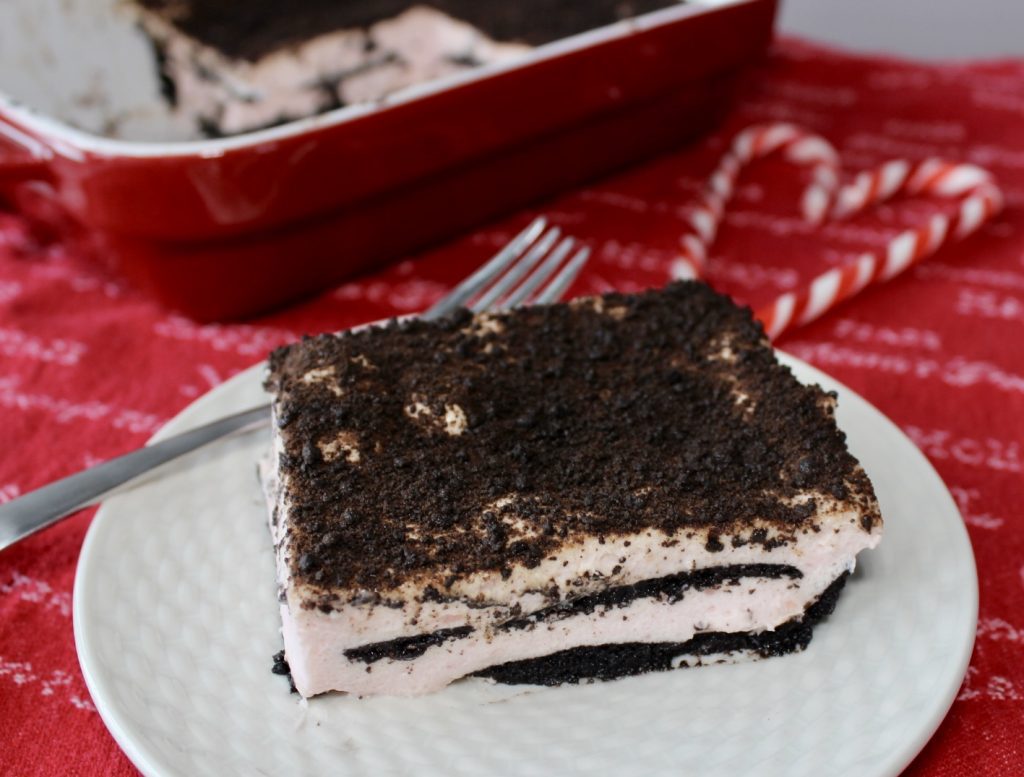 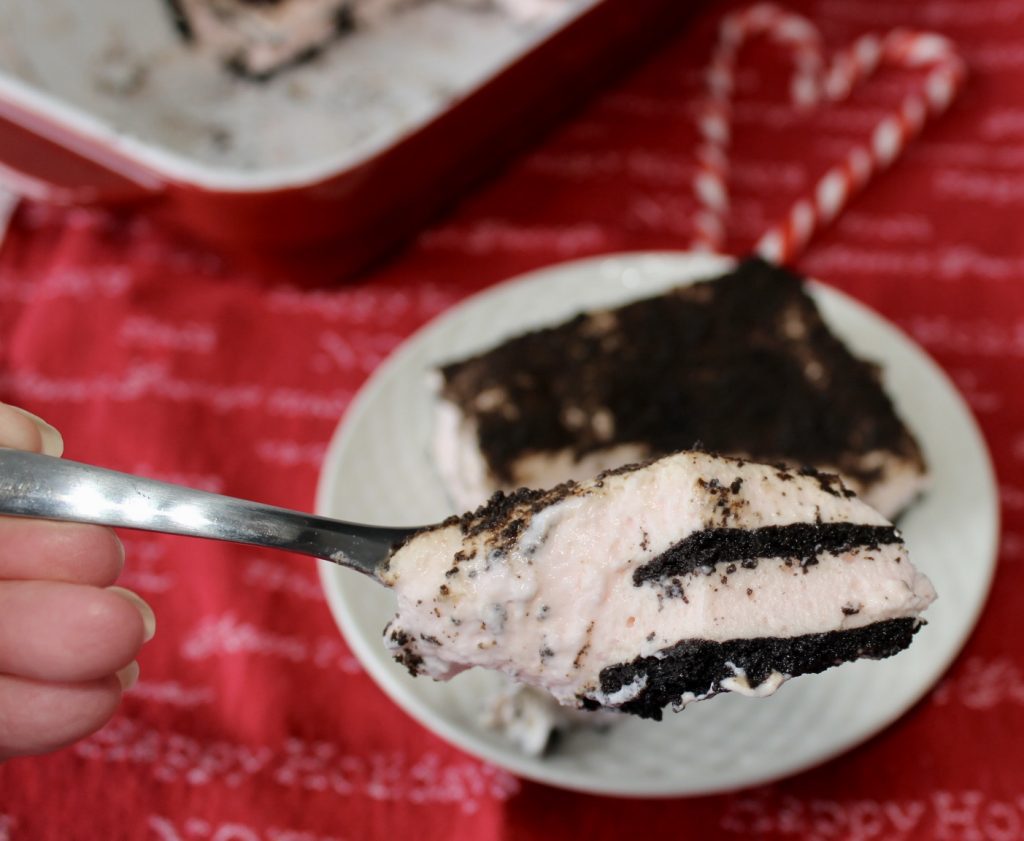 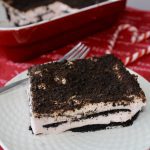