Ordinary mac and cheese becomes an extraordinary decadent treat by adding the ultimate seafood – lobster. Make sure you use real east coast lobster meat with some nice sized chunks, nestled in a bed of pasta with a warm creamy cheese sauce for the best Lobster Mac and Cheese. And to round out the texture, a crunchy topping that seals in all that deliciousness for the ultimate Lobster Mac and Cheese.

The best lobster to use in this recipe is from a whole lobster that’s been boiled or steamed. But, realistically, you can buy really good quality lobster meat and all the work is done for you. Lobster meat comes in large cans in the freezer section or sometimes in thick plastic air tight packages. Most packages include tail, claw, leg and knuckle meat so you get some chunks that can be cut up and some small tender pieces from the legs. It’s all good!

If you’re feeling ambitious and want to use a whole lobster, click here to watch Gordon Ramsay show you how to extract all the meat. For a thrifty girl like me it’s the best option actually. Cooking them is quite easy and yes, you dunk them head first, alive, into a big pot of boiling salted water. And no, they don’t scream. A 1.25 lb lobster will give you about the right amount of meat for this recipe. 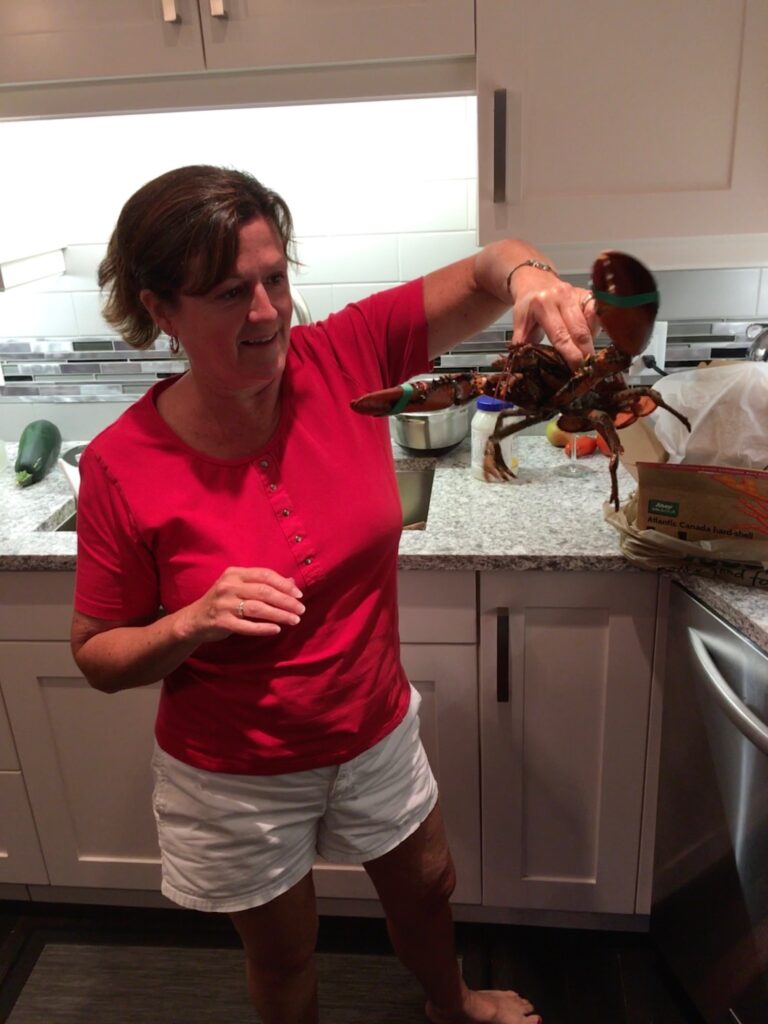 You can buy them pre cooked at seafood stores if you’re not ready to take the plunge, pardon the pun, but it’s not as hard as you think if you know a few tricks. The most important thing to know is how to remove the elastics from the claws without losing a finger. It’s easiest if you have another person help until you perfect the maneuver. Hold the lobster in your non dominant hand on the upper part of the body where the claws meet the body and cross the claws in front of that feisty guy. Or gal. Lobsters can’t use their claws when in this position. Then, with your good hand, cut the bands off with scissors. You need to make sure the water is boiling so you can plunge the lobsters in the pot right away. So why don’t you cook lobster with the band on the claws? Well, lots of people do. But it prevents your cooked lobster from tasting like boiled rubber bands. Here’s a great Canadian lobster resource with cooking and recipe info.

Like all mac and cheese recipes, you need way more sauce than you think. It always looks like too much but you’ll understand after it’s baked. Start with a white sauce which is simply equal parts flour and butter, cook until it’s foamy, then add warm milk and slowly heat until it’s thickened. Slow is the key, you don’t want to scorch the sauce. Anything thickened with flour needs time to cook so it doesn’t taste raw. Once the sauce is thick and creamy white, turn off the heat and stir in the cheese, taste and season with salt and white pepper. Lobster Mac and Cheese looks and tastes best with a combination of half sharp white cheddar and another milder cows milk cheese. I like to use Gouda. Keeping the sauce as white as possible means you can see the lobster chunks in the dish.

Why top Mac and Cheese with breadcrumbs?

A breadcrumb topping isn’t just for show. The buttered breadcrumbs add a crunchy texture that pairs perfectly with the creamy cheesy sauce and it also helps seal the top so the pasta doesn’t dry out. Because this is Lobster Mac and Cheese, adding some lemon and parsley to the topping is a perfect compliment because that’s what you would find in the butter for dipping steamed lobster.

The size and shape of pasta you choose is up to you. I like to use Farfalle for this because they are bite sized and, I think they look a little bit like manta rays which are another creature of the sea. Some people call them bow ties so what better way to “dress up” a fancy dish. Another thing I like about Farfalle is it’s pinched in the middle so you get a bit of an al dente bite where the pasta is thicker. And, as always, make sure you don’t over cook the pasta, especially when it’s going to be baked in a sauce. 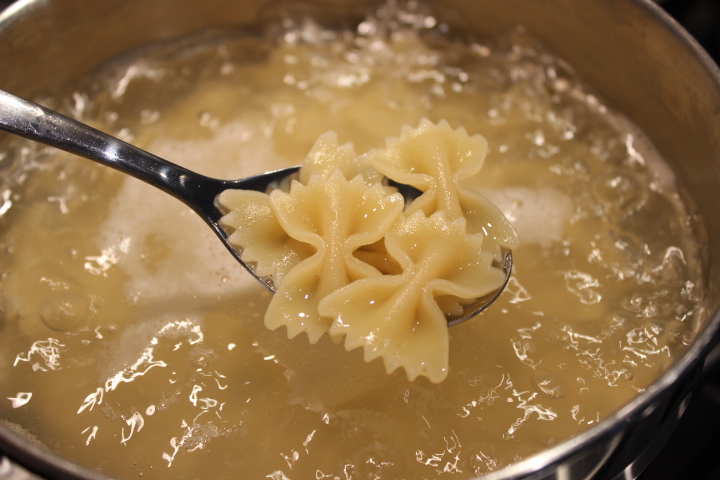 This recipe for Lobster Mac and Cheese is perfect for 4 people. Just 4? Well, maybe two hungry people who love lobster who also love leftovers. And also because it’s so good you won’t want to share this with just anyone. Lobster isn’t exactly cheap, even when you’re cooking your own, so instead of stretching the lobster into more servings, make a really good version by not skimping on the amount of lobster. You could double the recipe if you want to spend some money, or, you can add other less expensive seafood like shrimp and call it Seafood Mac and Cheese.

How can you tell if your lobster is male or female?

Did you know there’s a difference between male and female lobsters? Females have wider tails and males have larger claws. So depending on the type of lobster meat you like best, choosing the right gender is good to know. So how can you tell? You need to flip them over to know for sure. The first set of tiny legs or “swimmerets” closest to the body are hard on the male and soft and feathery on females. Click here for more fun facts about lobsters. For instance, did you know they can be right or left handed?

4 thoughts on “Lobster Mac and Cheese”