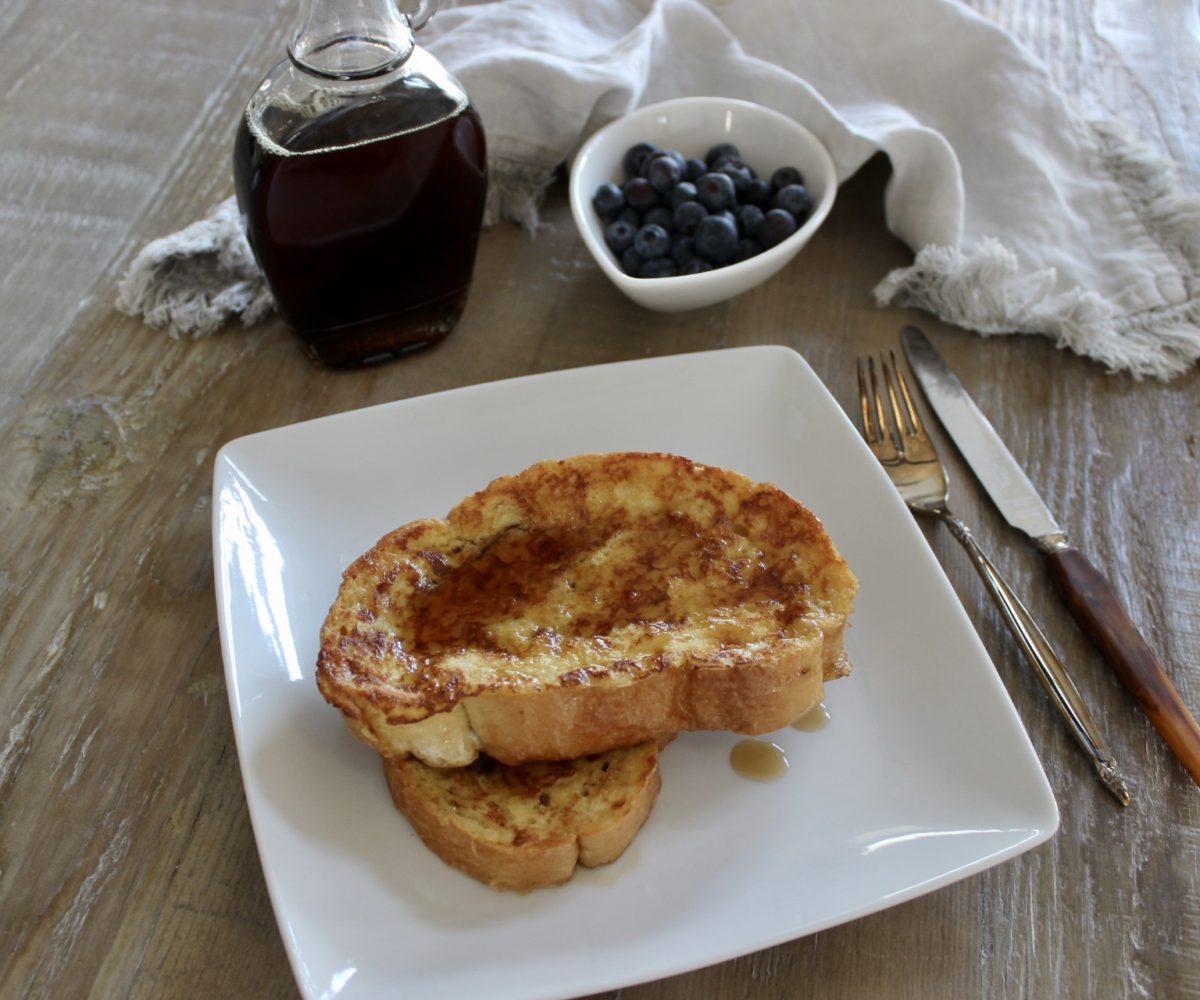 When I say “real” maple syrup, what I mean is someone tapped their trees and boiled the sap until it evaporated and became maple syrup. Once you’ve had the real deal, the grocery store stuff just isn’t going to make the cut. So, the best way to enjoy this quality of maple syrup is to pour it over something that’s really just a reason to sop it up. French Toast is that perfect vehicle.

Here’s a few ways to do that. 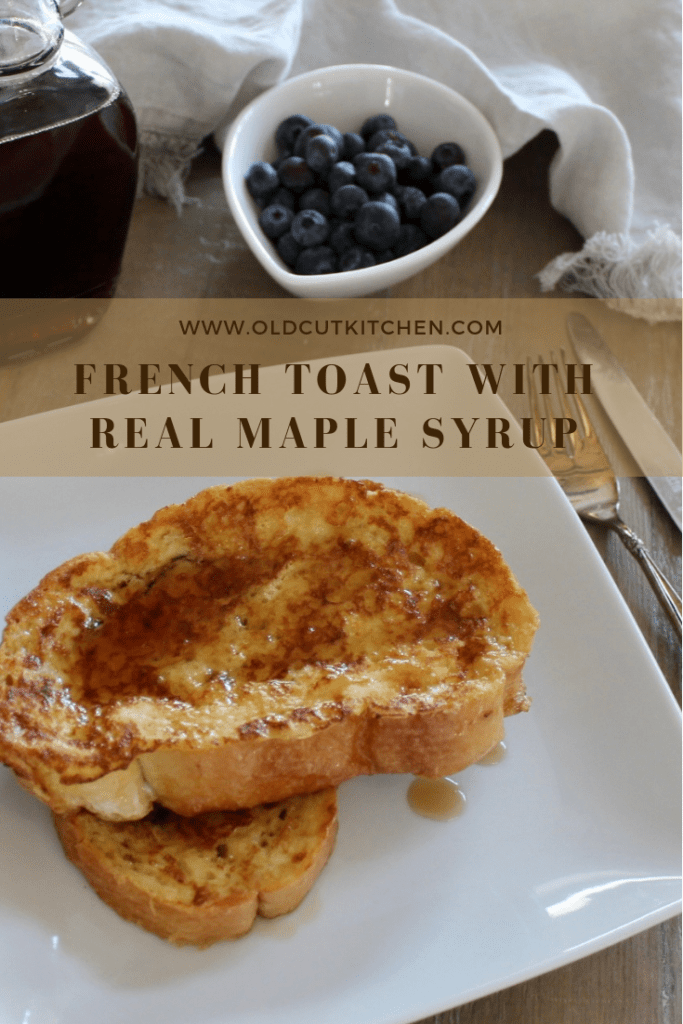 Mix the eggs, milk, vanilla and a pinch of salt in a pie plate. Use real vanilla if possible and large farm fresh eggs. It helps if the eggs are set out for a bit before mixing up, they break up better at room temperature. 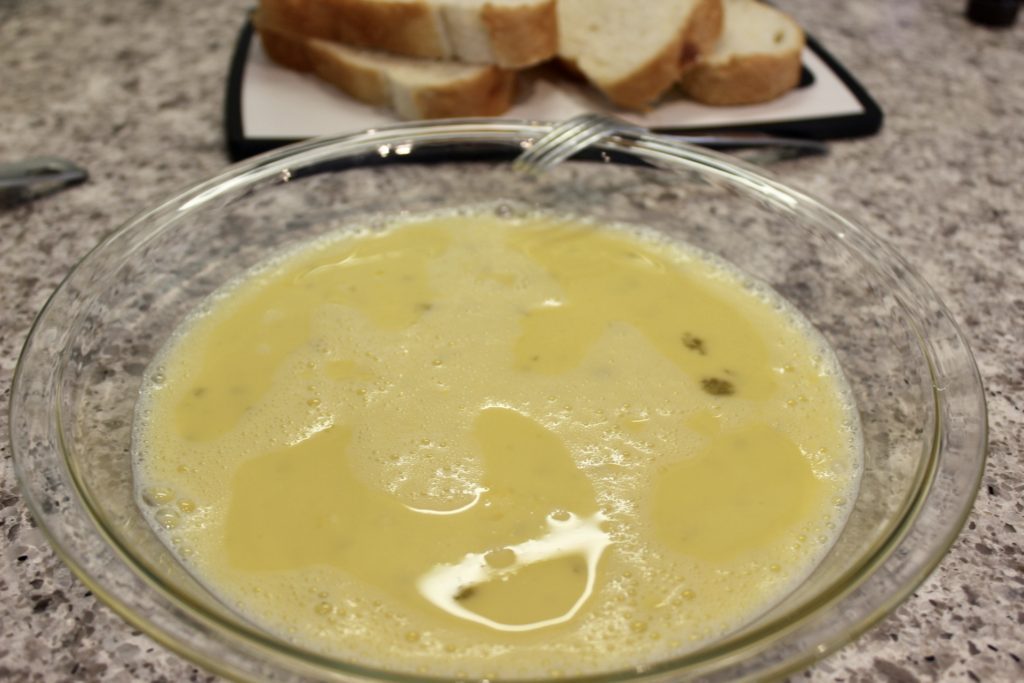 If you’re making a large batch, warm the oven and place the cooked pieces on a warm plate while you make the rest.

Grill the French Toast at a fairly high heat, somewhere between medium and high. 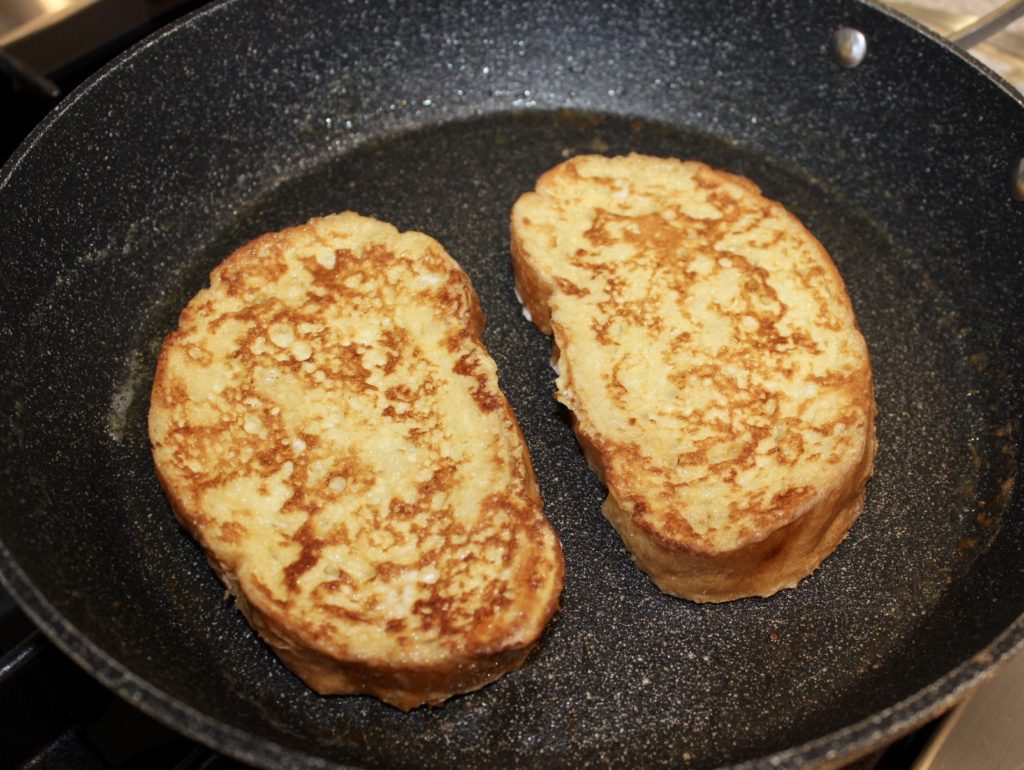 Don’t add any cinnamon to the custard mixture, it will just compete with the maple flavour. Real maple syrup has various levels of maple flavour depending on the colour of the syrup which is usually related to the time of sap collection in the season. Typically, the later the season gets, the darker the syrup gets. And the flavour deepens too.

This syrup is marked as batch #3 so it’s got a nice dark colour and excellent maple flavour. 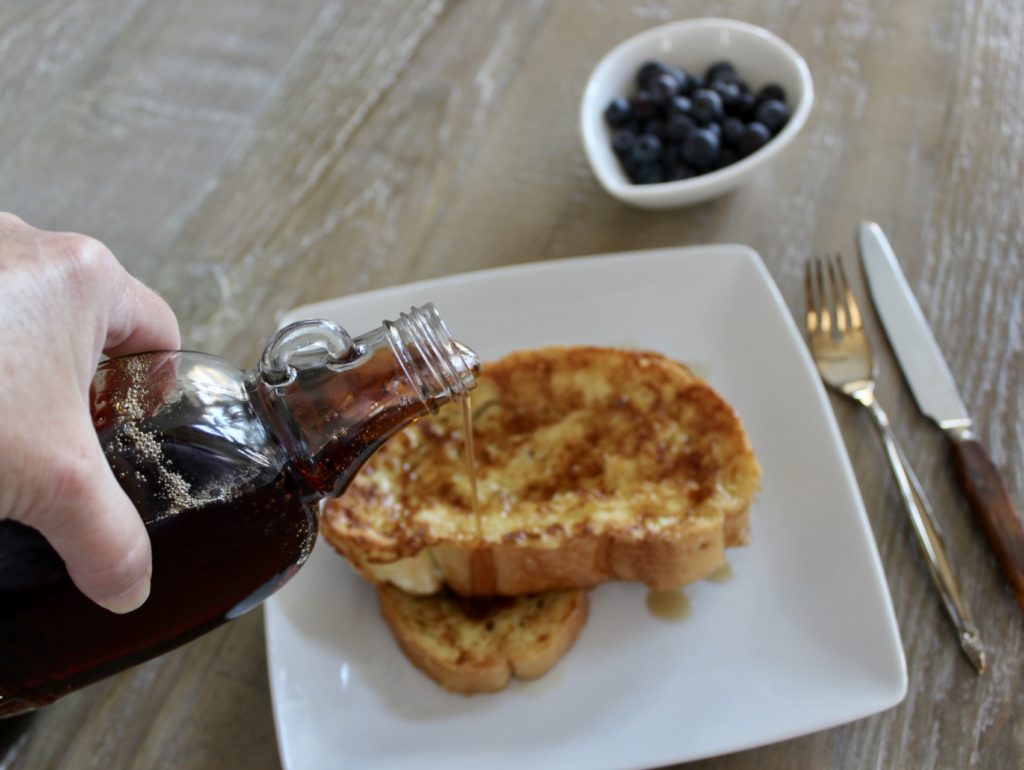 And you don’t need any butter or powdered sugar on the French Toast, it’s just for show anyway. Trust me, the Maple Syrup is sweet enough! 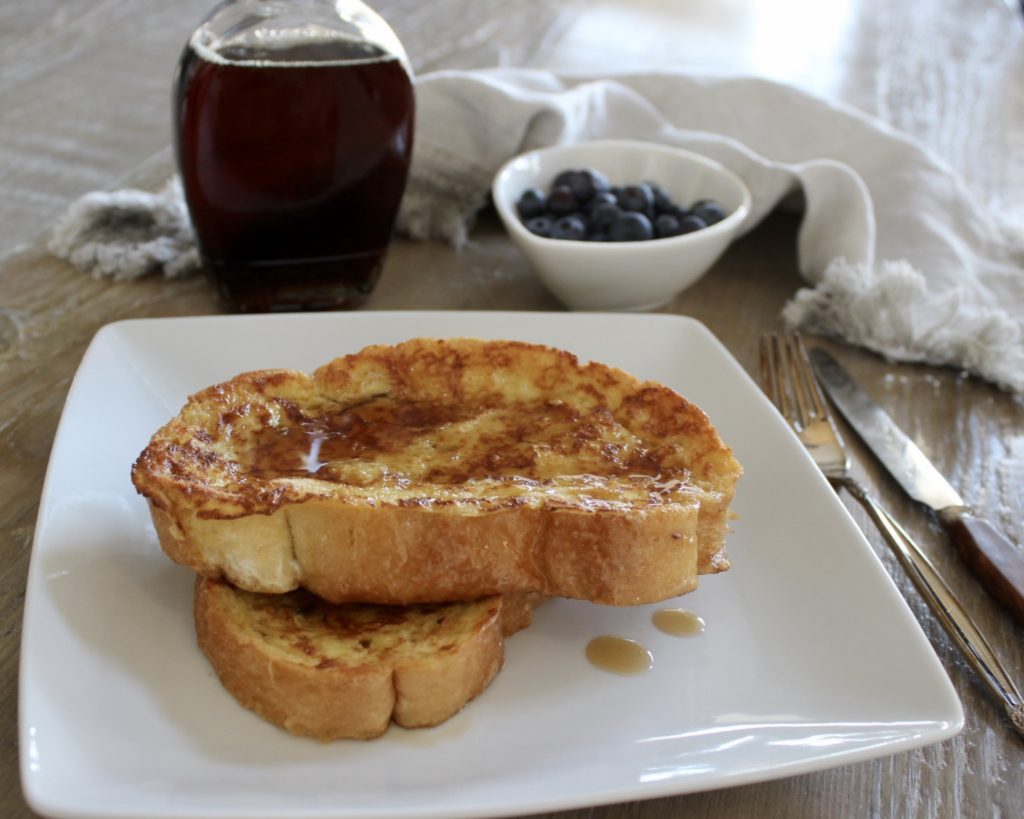 You could make this entirely with fresh local ingredients if you’re lucky enough to have dairy and egg farmers close by as well as a good bakery.

My great grandparents had a sugar bush so we always had real maple syrup growing up. I guess you can say maple sap runs in our veins!

Feeling ambitious? Why not tap some trees and make your own Maple Syrup. 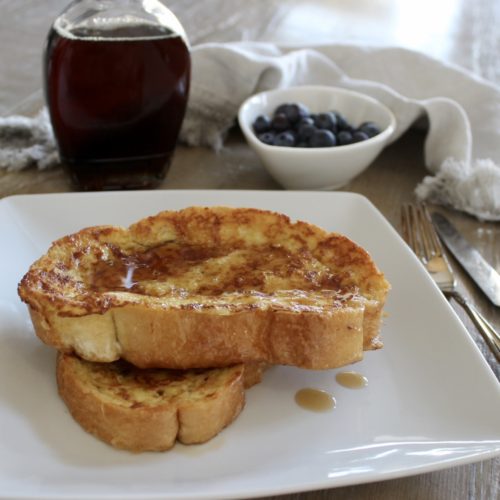